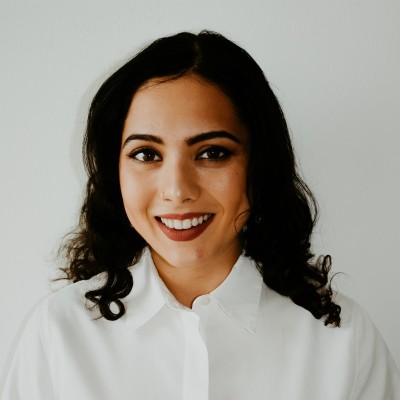 Which school did you attend at Columbia and why did you choose Columbia in the first place?

I attended the School of General Studies. I had graduated from high school a little early. When I finished, I didn't feel ready to join university as I had not yet figured out what direction I wanted to start my life in. A few months before school finished I applied for an internship at the Hermitage Museum. I sent them copies of my paintings and references from my art and art history teachers and when they accepted me, I realized I had several empty months to fill since the internship was to start the following year. I worked to save money for college, took an internship at a firm in Dubai, au paired for a family in Italy and moved to Vietnam to teach as a volunteer; studying for my SATs all the while. I'd initially intended to apply to Columbia College until, through a chance encounter, I learned that GS was the pathway for students with non-traditional pathways or who had been out of school. I withdrew my CC application and applied instead to GS.

Coming from an international city as an Iranian/Kiwi student, I felt that New York would be the city where I could most feel at home. I admired the proximity of the UN and global leadership; the legacy of professors such as Edward Said, whom I looked up to, or Rashid Khalidi, whose books I had read in high school; the fact that Queens is the most linguistically diversified place in the world. I have not regretted it for a single second.

Could you describe what you do today and is this what you thought you'd be doing while a student at Columbia?

Today, I am the Regional Director for an education tech company that focuses on building the leaders of the future. We help students prepare to get admitted to top universities such as Columbia, through customized programs and a full suite of services - entrepreneurship coaching, academic tutoring, career guidance, admissions guidance, internships and more. We also have a private, tech-enabled online British Curriculum high school. Like Columbia, we believe education is at the heart of everything, and yet it is a sector that has largely resisted innovation and evolution. We use technology, mentorship and a personalized approach that supports students get from where they are to where they want to be. I had founded a tech startup using Blockchain to serve refugee communities, so I always knew that I would enter the intersection of tech and social needs.

Has the experience/degree from Columbia enabled you to do what you are doing currently?

I studied Anthropology and Middle Eastern Studies, which are two degress for which there are not clear and direct career pathways. That being said, I found what I studied to be extremely useful. There's not a day that goes by where having studied humans, in all their dazzling complexity and curiosity, has not been at the service of what I do professionally.

At a school like CU, you get to study with the people who wrote the textbooks you're reading. In my field, professors such as Joseph Massad, Timothy Mitchell and LIla Abu Lughod are superstars. It was a dream to learn from them and get to witness the workings of their minds.

The friends you meet in that kind of environment is something that can't be explained and must be felt. I lived in a house full of engineers, each working on different applications for robot hands. As an anthropologist, this was super exciting for me. Things like a 300 person snowball fight during the first snowfall of the year, where the architecture students build an elaborate igloo whilst others are sliding down low steps on sleds; like getting invited to meet with my Prime Minister during global leaders week; like days spent in Butler library during exams followed by the meeting of our Rumi club to read poetry.

Do you have a favorite place on campus?

I loved studying in Butler or the East Asian library - the majesty of it was so calming. However, I spent many an afternoon in John Jay or the balcony at Ferris, people-watching with my closest friends.

Are there any values that you have gained directly from your time at Columbia University?

Critical thinking and the manifold complexity of interpreting truth(s)

Columbia changed my life, and that's why I joined a company that helps students around the world of all backgrounds get to have that transformative experience.

Join CAA! It's an incredible network. Go out and meet people - but don't look for people who can provide something to you immediately. Focus on adding value to other people, and it will always come back to you.

If you could back into time, is there anything you would do differently as a student at Columbia?

I would have thrown myself more deeply into student life and council. I wish I ran for President.

What is your favorite memory of your time at Columbia?

Our Graduation ball was very fun - as was the community I felt with Students for Justice in Palestine/Jewish Voice for Peace. But the best memories were the little moments with dear friends - studying into the night, grabbing dinner, playing football on low in the evenings, getting ready for Senior Night.

What was your most significant accomplishment during your time at Columbia?

I took 6 months off to continue my research with refugee communities in Calais and around EMEA, crowdfunded $16,000, and was awarded the Innovation Prize at Columbia, as well as a spot in the first cohort of the IBM Blockchain Accelerator. Our team also reached the semi-finals in the Hult Prize Ivy, the Columbia Venture Competition, and the CTA Startup of the Year Award. I also wrote a cookbook of recipes from refugee homes to fundraise, which will be published this year.

How have Columbia alumni played a role in where you are today?

I've just graduated a year ago so I haven't been an alum for very long but I've already met some incredible people. It felt very nice to arrive somewhere with a built-in community since I didn't know anyone when I returned to Dubai.